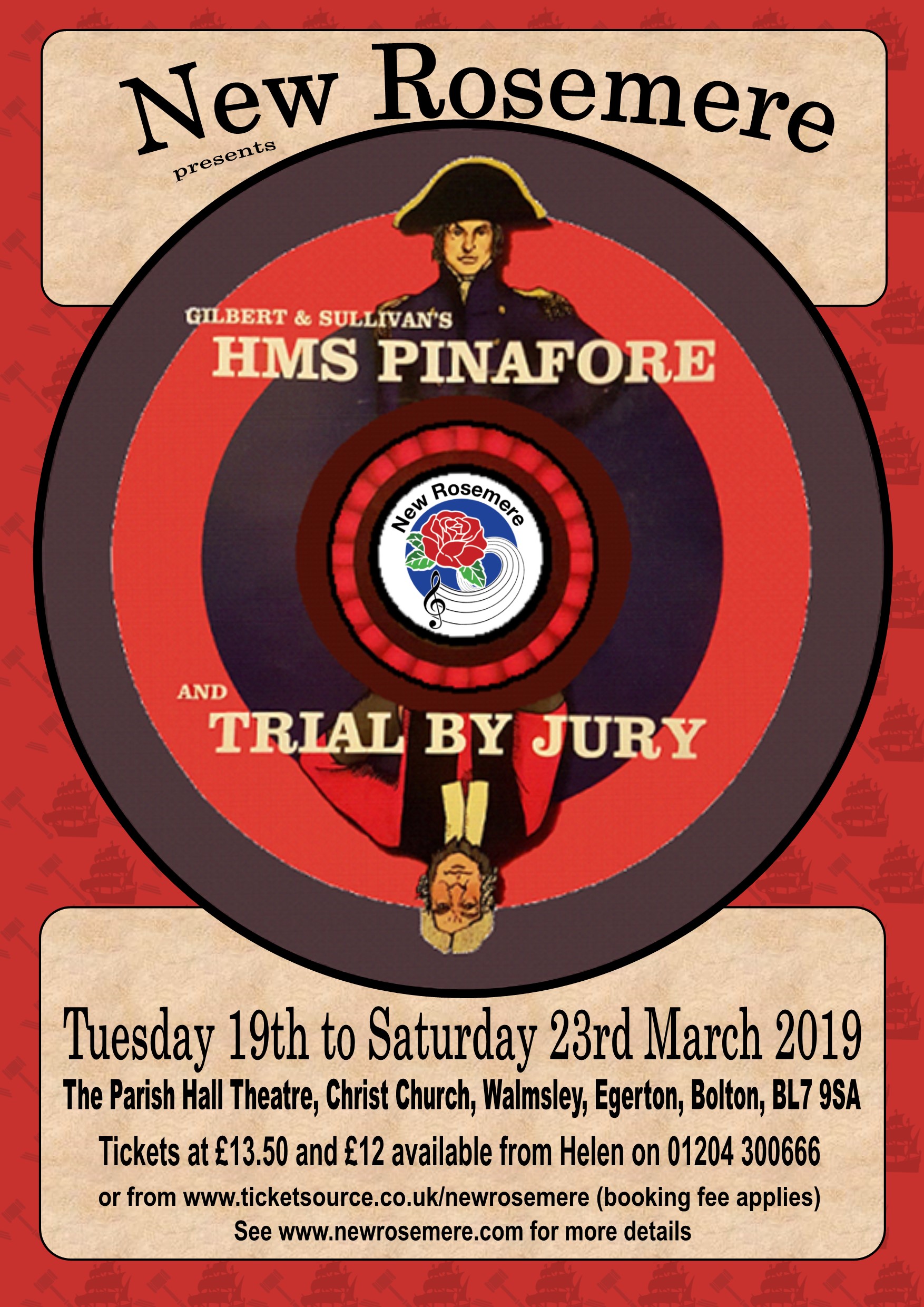 directors so I am going to review them as two different shows. Both were superbly MD’d by

Christine Seager and her Orchestra.

‘Trial By Jury’ a one act Comic Opera was directed by Deb Lyons, set in front of the curtain

making the court scene intimate. With little room for movement, the cast worked well and

managed to negotiate the set and each other without making it look clumsy (genius!).

The costumes were set in the 1920’s, which I loved and everyone looked the part - the

entrance of the Bridesmaids really brought some colour to the scene. It was a true

ensemble piece and when the Usher said “Kneel!” . . . hilarious, as most of the Gentleman

of The Jury found it difficult to genuflect, with sound effects to boot!

Hannah Carolan playing the Plaintiff was perfect for the role, playing up to the men and

capturing their hearts (plus a small matter of her successfully nailing the singing helped!).

I wonder if Mike Nash playing The Learned Judge has been likened to Mr Bean before,

whether intentional or not - very funny!

The sound and lighting helped to make this a very polished and enjoyable first half.

white scenery complete with stairs and a huge dock scene on the back cloth, this set the

scene. With two acts to contend with this needed to zing along and it did.

white which contrasted so well against the scenery, although I am far from certain about

the accuracy of the uniform. The Sisters, Cousins and Aunts entrance also looked amazing in

their costumes - obviously well thought out. I have one tiny BUT: Peter Bowden’s last

costume as Captain Corcoran to me appeared too small.

ticked all the boxes for me, it is easy for a role like this to be wishy washy but she certainly

delivered and moved around the stage comfortable in her character

In “A British Tar” the singing was impressively splendid, sung by Ralph, Boatswain,

Carpenters Mate and Chorus. David Seager playing Captain Corcoran, looked to have so

captainship. He worked well with Heather Nicholas playing Little Buttercup, who as an

actress gives her all and puts in a stellar performance. “Things Are Seldom What They

I really liked the idea of the sponsored Members Spotlight page, where we get to read

information on a member of society.

Two shows in one night - what a feat musically: staging and all the other elements that have

to be in place before opening night - well done! New Rosemere bringing G & S to life and

going from strength to strength with their productions - if you missed this one, be sure to

catch the next one!

Thank you for having my guest and I.