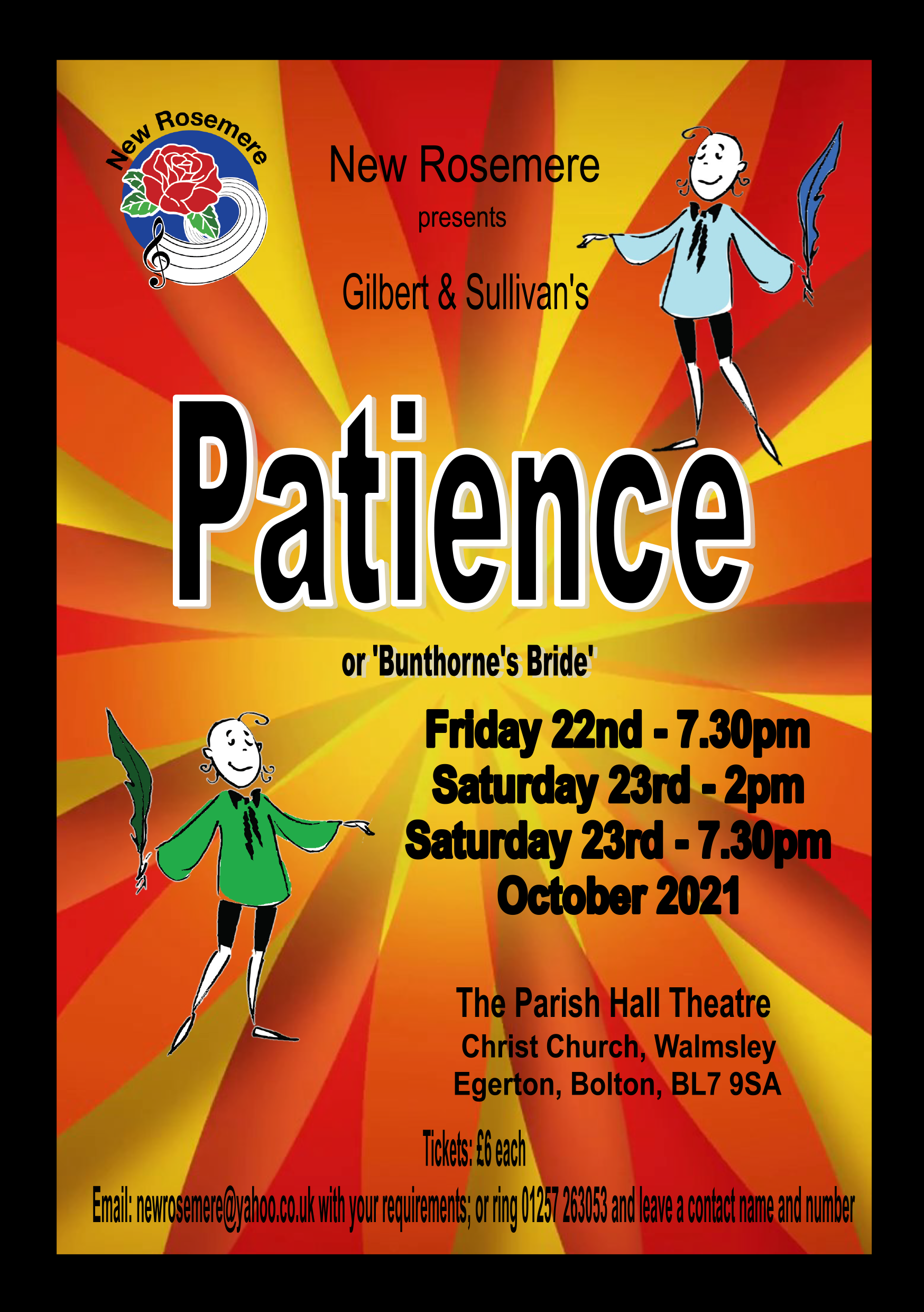 At Castle Bunthorne, a number of love-sick maidens pine for Reginald Bunthorne but he loves Patience, a dairy-maid. She has never loved anyone except an aunt and learns that true love must be "utter unselfishness”.

The previous year the officers of a regiment of Dragoon Guards were much beloved by the maidens but no longer Bunthorne has "idealised them and their eyes are opened". When alone, he admits being a sham, only feigning aestheticism to gain admiration.

Patience remembers a boy who was her child-companion and when Archibald Grosvenor appears she discovers it is he. They love each other, but Patience thinks she cannot marry one so perfect, as true love is "utter unselfishness".

Bunthorne decides to put himself up to be raffled for and, just as the lot is to be drawn, patience in her "'utter unselfishness" says that she will marry him because "she detests him so".

The disappointed maidens then return to the Dragoons but, when they see Archibald Grosvenor, immediately transfer their affections to him because "he is aesthetic!" Bunthorne is jealous, and the Dragoons disgusted.

Lady Jane laments that she grows old, without Bunthorne. Grosvenor is now adored by all the maidens and annoyed by their attentions for they have followed him around all week; he begs for a half-day off. Patience, meanwhile, muses upon love.

Bunthorne, consumed by jealousy, still has one faithful admirer, the portly Lady Jane. She implores him not to wait too long, but Bunthorne is determined to beat Grosvenor.

Now that Bunthorne is happy, Patience, in her "utter unselfishness, breaks her engagement. Upon Grosvenor is return, in a tweed suit, she realizes that since he is now a commonplace young man, she can marry him.

Bunthorne finds that the twenty love-sick maidens have returned to their soldier-lovers.

He then decides to console himself with the portly Lady Jane, but the Duke of Dunstable, having decided that he will marry the plainest woman, chooses Jane; and Bunthorne is left without a bride.