To order tickets, click below and select the date/time of the performance you would like to see. 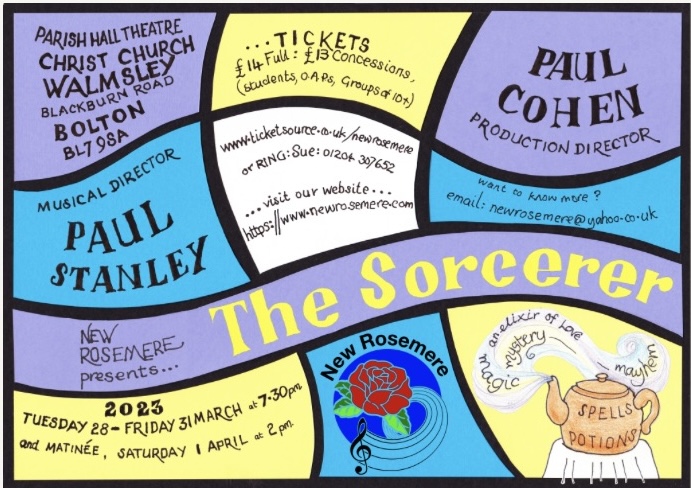 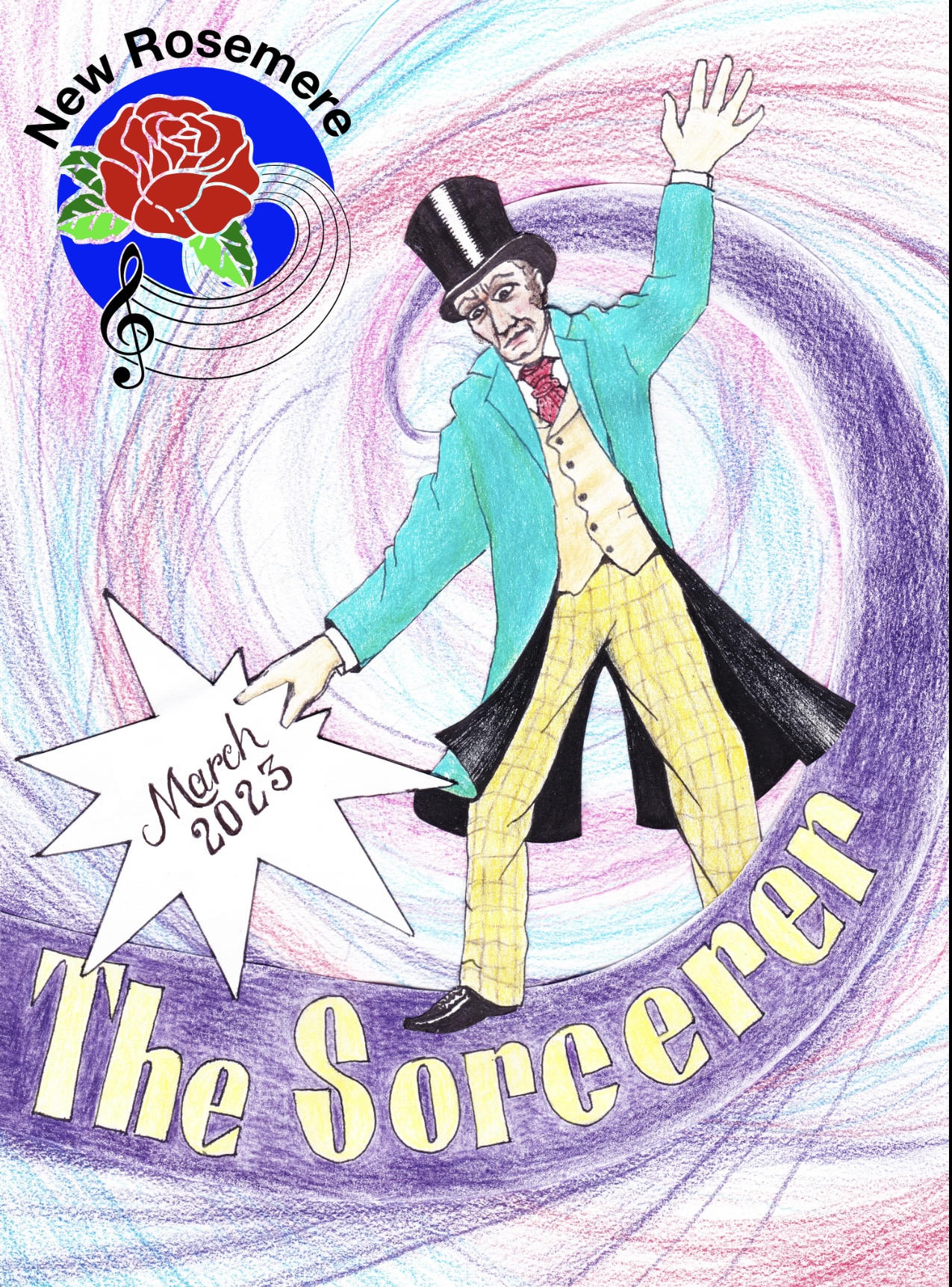 Sir Marmaduke, a baronet, has invited the whole village to his mansion to celebrate the engagement of his son, Alexis, to the lovely Aline, the onbly daughter of Lady Sangazure (the seven thousand and thirty seventh in direct descent from Helen of Troy). We soon meet Constance who is the daughter of Mrs Partlet, the pew opener; Constance is madly in love with the local vicar, Dr Daly (a bachelor of advancing years) but it is hopeless as he does not return her love.

The chorus welcome Aline and Alexis and watch on as they sign their marriage contract in the presence of the Notary. When at last the young lovers are left alone, Alexis explains his theory to Aline that everybody should be able to marry whomsoever they please, without distinction of rank. He decides to take a desperate step to prove his principles and intends to secretly distribute a love potion throughout the village.

Alexis has summoned Mr John Wellington Wells of an old established London firm of family sorcerers to create the potion for him, much to Aline's disgust. Wells agrees to make the philtre; whoever drinks it will fall in love, as a matter of course, with the first person he sees who has also tasted it and his affection will at once be returned. Wells Summons sprites of earth and air in the incarnation, during which he makes the philtre in the vicar's teapot.

The villagers gather for a banquet at Sir Marmaduke's mansion and the potion is distributed in the vicar's freshly brewed tea. The villages, under the influence of the potion, start to behave rather strangely and proceed to fall to the floor, fast asleep.

The villagers stir from their sleepand immediately fall in love with the first person they see. Constance falls in love with the elderly Notary; and Sir Marmaduke with Mrs Partlet, rather than Lady Sangazure as their children had hoped. Dr Daly, however, is left somewhat alone as the whole village seems to be addicted to marrying. Meanwhile, Alexis tries to persuade Aline to drink the potion to ensure her undying devotion to him, she flatly refuses and he proceeds to berate her.

Lady Sangazure, under the influence of the potion, spies Wells and immediately falls in love with him. He tries to dissuade her by saying that he is already engaged to be married; she threatens to end her sorrows in the family vault. as Lady Sangazure leaves, Wells summons Ahrimanes to try and reverse the spell. Ahrimanes speaks to Wells and gives him two options.

Trying to prove her love for Alexis, Aline drinks the philtre; unfortunately she sees Dr Daly who is lamenting that the girls in the village are all now engaged. He drinks the philtre-laden tea and, seeing Aline, they fall in love immediately.

Alexis discovers the pair and summons the whole village to tell them of Aline's disloyalty. Alexis asks Wells how they can reverse the spell; Wells explains that one of them must give up his life to Ahrimanes. The villagers decide it should be Wells. As Wells disappears, the spell is broken. Sir Marmaduke invites them all to another banquet and all the villagers are happily reunited with their "proper" partners.